The Background is a pop/rock band based in Dallas, Texas.  Their sound is characterized by more of a pop punk flavor than anything else, especially considering that they have spent time playing among other pop punk bands at Vans Warped Tour 2013 in addition to touring with several bands including Everclear, Action Item, and Set It Off to name a few. 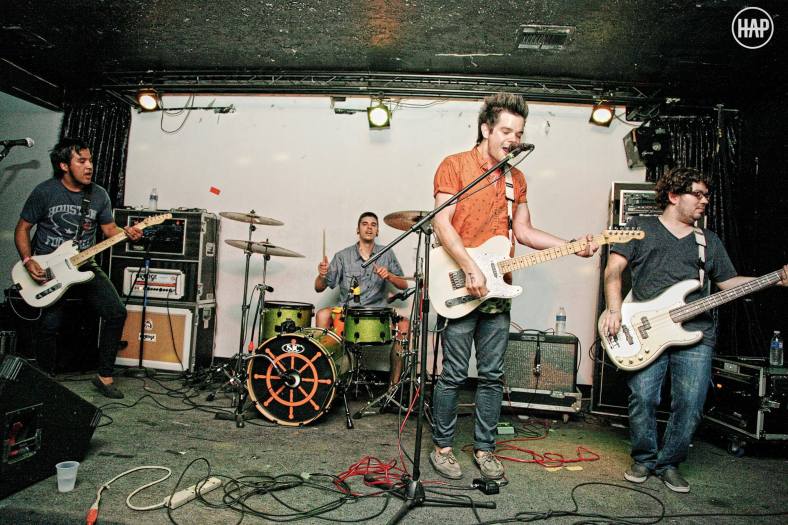 Recently, The Background released two singles found on Soundcloud — “Get Away” and “Monster.”  “Get Away” is the more pop punk influenced song of the two.  It opens with unique vocals and instrumentals that, in my opinion, have an almost dream-like feel to it which matches perfectly with the lyrics that emphasize the desire to get away.

While “Get Away” aligns with the band’s pop punk sound, “Monster” is definitely more influenced by rock.  It opens with a great instrumental introduction and is then met by equally as masterful vocals.  Throughout the song, the guitar riffs can easily be heard which, in my opinion, is what gives “Monster” its rock sound as opposed to the electronic/pop feel of “Get Away.”

In any case, I think both songs are equally as good and enjoyable to listen to despite the unique sound qualities of each!  I look forward to hearing more of The Background’s music down the road, but in the meantime you can listen to “Get Away” and “Monster” on Soundcloud here: https://soundcloud.com/thebackground/sets/get-away-monster