Wildways, a Russia-based hardcore/metal band, recently released a new album titled Into The Wild. The band formed back in 2009 under their original name, Sarah Where Is My Tea. They changes their name in the summer of 2014 and immediately got to work on new music. The band released the track “Faka Faka Yeah” as the first single off of the new record. The rest of the album was released on April 7th. Learn more about the band the Into The Wild from their responses. Be sure to check out the band’s music below. 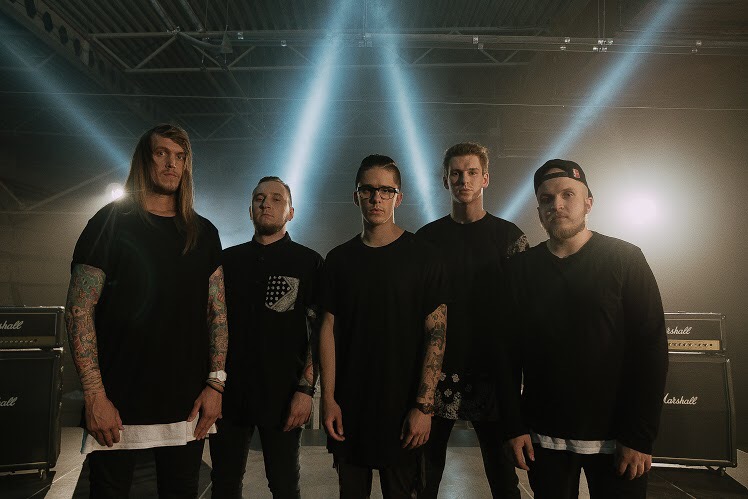 How would you describe your music to others?

How did the band meet?

It’s a long story, for example we found Kery our drummer in another city in another band. Same thing with Slava (guitar) but the band was formed by our guitarist Sergey and bassist Harry in small city in west of Russia – Bryansk. Have you ever heard about this city haha? Nope? After that guys just played a lot for themselves and (I don’t know how) Sergey found me and texted me “Hey man do you want sing in a band?” I said “Yes”.

What is the story/meaning behind the name, Wildways?

Wildways – more than a simple band name; it’s a personification of the people in the band who are doing whatever they want and breaking all the preconceived notions that music has to sound a certain way for certain labels and certain genres. In reality, that’s what music (and all art) is about.

I guess my small hometown cause I just dreamed about leaving this place and playing onstage all over Russia and in other countries!

I’m big basketball fan so I can spend a lot of time playing basketball in real life and on PS4.

Writing process was easy actually cause our ex-guitarist and I made it a job for a whole year. We really wrote a lot so it was hard to choose best song for final record. Recording in US was fun as fuck. Best time! And the main reason why It was so fun and amazing because Cameron!

Oooops. We don’t have a lot of rehearsals cause some of us live in other cities and we have huge experience and all of us are professionals. So we just play 1-2 week before tours and that’s enough. And yes for sure we always do practice on our own.

From start to finish, how long did it take to create, Into The Wild?

Aaaah, good question. If I’m right the 1st ITW song was written in November-December of 2013. Summer 2014 we already knew about which songs we want to record. February 2015 we made it in US and now we’re ready to release that. Wow…

Can you talk about the inspiration behind the track, “Faka Faka Yeah”?

We made this song based on our super old guitar riff that already was release on our 1st ever album. And I just was always thinking “god, how I love this part, we have to do another song from that” and we did it. The main idea was to create a sick as fuck metal song for parties.

Yeah we play Lana Del Rey cover ‘Born To Die’ in our shows.

We’re really calm guys so we just chillin, not too many parties on tours.

What image do you think your music conveys?

What has been one of your biggest challenges?

What has been your funniest or craziest fan/show experience?

Look at the top question haha.

What can we expect from Wildways in the coming months?

A lot of music videos releases! Keep checking us out!