Ohio-based indie rockers Plaid Brixx released two music videos this summer for their tracks, “The Greener Side” and “Since You Came.” The band is comprised of members Chris Duggan (vocalist), Mark Le Rose (drums) and Jared Samaya (bass). In 2014, the band toured in support of their debut EP Chemistry and has performed at both CMJ and SXSW. Learn more about these Columbus rockers and what they have planned from Chris’ responses below. 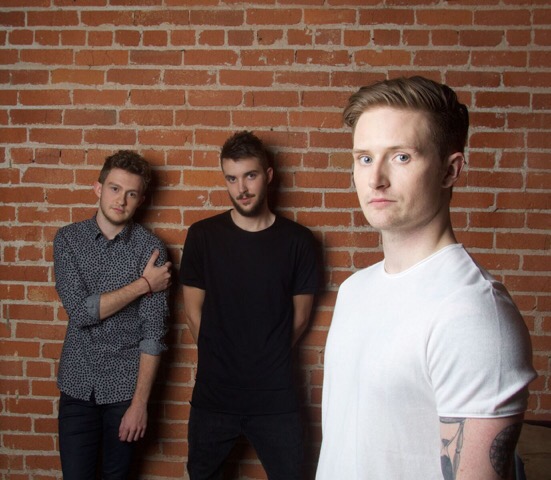 How would you describe your music to others?

Our music is a fun mixture of pop and rock.  Rather than focusing on a specific genre, we create strong melodies and driving beats.

What is the story/meaning behind the name, Plaid Brixx?

I have always loved plaid and even had plaid wallpaper in my room when I was younger.  So we started with Plaid and then thought about Plaid Bricks as a visual but spelled it Brixx because there is so much you can do with the xx.   For instance, we did a playlist for Spotify and called it Brixx Pixx.

I have a lot of musical influences starting in my early days with Blink 182 and Green Day and then The Killers, The Strokes and The Vines.  I have gone through a metal phase including System Of A Down, Rage Against the Machine and Linkin Park.   Today, I think Grimes and Alt-J are doing interesting music and I am also listening to a lot of classical music right now.  Bottom line, I am obsessed with music and love and learn things from almost all music if it’s well written.

I am a pretty big health nut so I am in the gym regularly and love hiking, biking and rowing.  I’m also an avid reader and when I want some real down time, I indulge myself with video games.

If we are not on the road, we generally practice twice a week and our sessions are usually 2 to 3 hours but can go longer if we are working on learning a new song or getting ready for a show.   We always want to be really tight and so we work until we have it where we want it.

I start with the beat and when I am happy with that, I work on the melodies and then finish off with the lyrics.  Once I have a working draft, I re-work and polish until I believe the song is as close to perfect as I can get it.  Then I leave the song alone for a while and come back a few weeks later and work on it again.

Can you talk about the inspiration behind your single, “The Greener Side”?

We wanted to create a fun song for the summer, an upbeat song with a great dance beat and a little bit of nostalgia.

How is your new material different from your debut EP, Chemistry?

I would describe the Plaid Brixx EP as an evolution from Chemistry EP. I have always loved pop music, so it was a natural evolution for us as a band.  It is actually extremely hard to write a great pop song so I really enjoyed the challenge of moving in that direction.   And we are likely to continue to move back and forth between genres, mixing it up and keeping things interesting.

We focus on our own music but will throw in a cover song occasionally.  Our most frequently-played cover is “All These Things that I’ve Done” by The Killers and we sometimes perform Katy Perry’s “Hot N Cold.”

There is an amazing amount of work to do after we perform.  We visit with our fans and sign merchandise and then we pack and load all our equipment.  Depending on where we are, we generally have some food,  go and unload the equipment at our practice space and then go home.  We put a tremendous amount of effort into our performances so there’s no energy for partying after the show!

What image do you think your music conveys?

Interesting, well-written, top-quality songs that you can’t get out of your head because the melodies are compelling and the beats are addictive, music that moves gracefully between genres to keep things interesting.

What has been one of your biggest challenges?

My first love is songwriting and I work at it every single day.  If I could,  the only things I would do are write music and perform.  BUT to be successful in the music business, there is a lot of other work that is less creative.  I do that work but it’s definitely not as much fun as writing a new song!

What has been your funniest or craziest fan/show experience?

A couple of times, fans have driven 6 hours or more to see us which really mean a lot to us.

Any day of the week, including weekends, I’d rather stay in and read than go out.

What else can we expect from Plaid Brixx in the coming months?

One of the singles on the new EP is “Since You Came” and we just released a video for that single.  I’m really excited about this video since it was my project….I came up with the idea, worked on the costumes and the set.  The next video will come in 6 weeks for “Don’t Look Down” which is a song that I love.   In terms of touring, we still have a lot of shows booked for the balance of the summer (PlaidBrixx.com has all the details).  And my next project is to whittle down a list of about 30 songs that I’ve been working on to decide which ones will be released next and get them finished.  So we have lots of great stuff coming up.