Pierce The Veil recently began their fall tour with Neck Deep and I Prevail. Portland was the second stop of the tour on Sunday night.

Doors opened late, but the show still started on time which caused many people to miss part of I Prevail’s set because the line outside was wrapped all the way around the block. I Prevail was a great way to kick off this high energy tour. They played a cover medley of songs by Pantera, Linkin Park, and Rage Against the Machine which led into their cover of “Blank Space” by Taylor Swift that was on the most recent ‘Punk Goes Pop’ compilation album through Fearless Records.

This show was my first time listening to I Prevail, so I would’ve preferred that they played as many originals as possible for me to get a solid feel for their music, but the covers did give new listeners something to sing during their set. The band also played songs from their upcoming album, Lifelines, which is out on October 21st via Fearless Records. 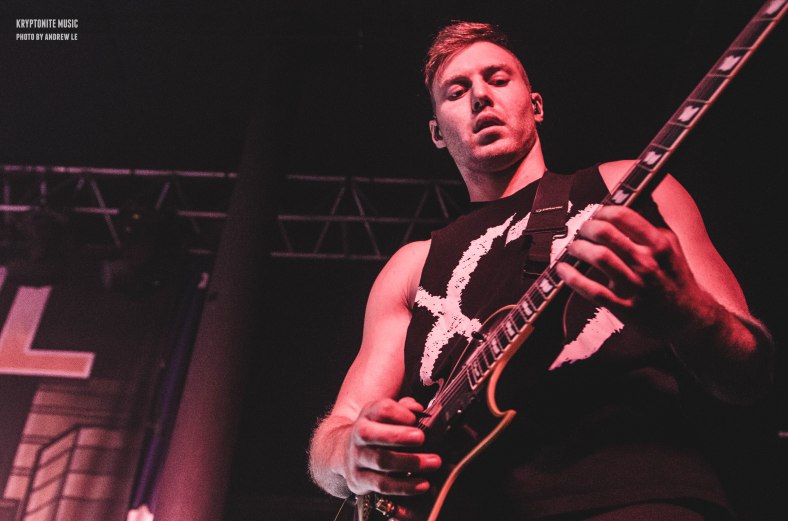 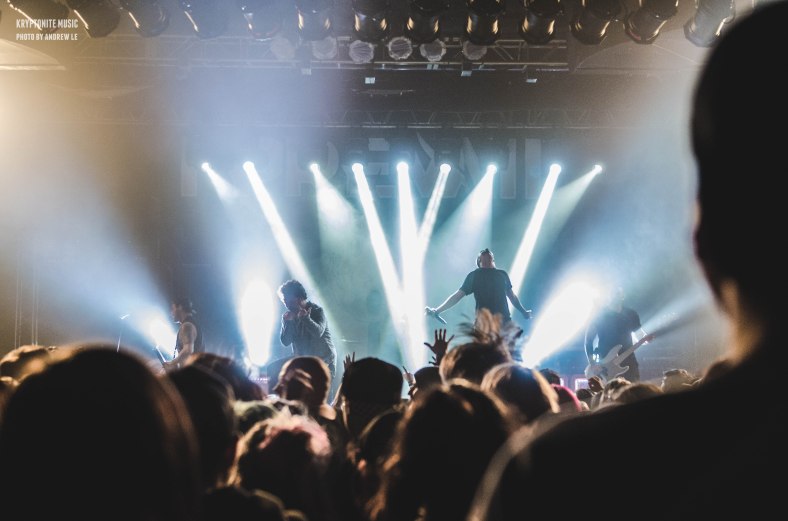 UK pop-punk band, Neck Deep, kept things moving with a set composed almost entirely of songs from their 2015 release, Life’s Not Out To Get You. It’s their most impressive record to date, and it’s been incredible to watch them grow since I first saw them in 2014.

This was only their second time ever playing “Threat Level Midnight,” “I Hope This Comes Back To Haunt You,” and “Rock Bottom” live, so they were a little bit nervous, but sounded great. “Rock Bottom” was especially interesting to watch and listen to live because of the punchy bass lines throughout the song from bassist, Fil Thorpe-Evans.

“Lime St.” is one of Neck Deep’s most catchy songs and despite how little I’ve listened to Life’s Not Out To Get You, I was singing along to the entire chorus by the end of the song.

As always, they played their most popular track, “A Part Of Me,” and vocalist, Ben Barlow, had the crowd sing the guest vocal part where Laura Whiteside sings on the recording. This was followed by “December,” but the acoustic guitar went away and they played it as a full band because they recently re-released it that way. There’s the original acoustic version on the album, and then there’s a full band edition featuring Blink-182’s Mark Hoppus and another edition featuring Chris Carrabba of Dashboard Confessional.

Neck Deep finished their set with their song “Can’t Kick Up The Roots” which crushes a major pop-punk stereotype by expressing their love for their hometown rather than wanting to leave it behind. 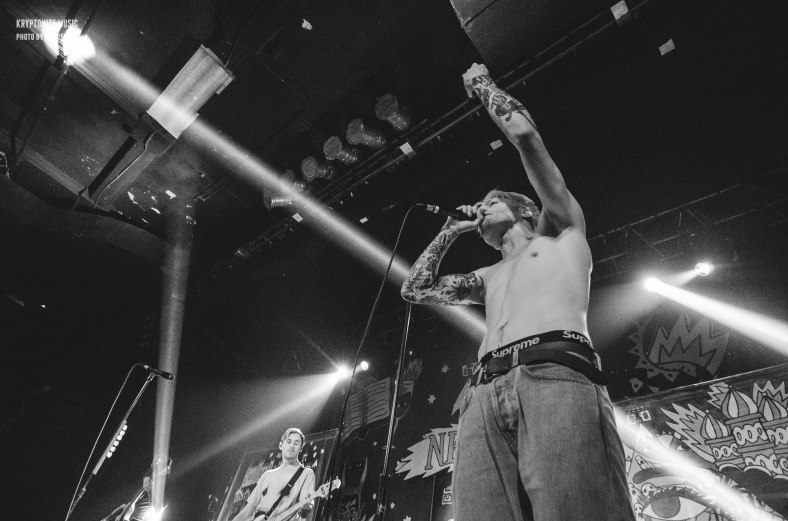 Pierce The Veil was late coming out on stage, but that’s understandable considering it’s the second night of tour and a lot goes into orchestrating their live performance. Similarly to previous tours that the band has done, a white curtain covers the stage and is ready to drop when they come out. There was a countdown as graphics from their Misadventures album artwork projected onto the curtain and then as the graphics had a crumbling effect, the curtain fell too and the stage crew hurried to get it out of the way.

Pierce The Veil radiated nothing but positive energy from the beginning to the end of their set. They’re another one of those bands with such distinct lyrics that listeners could have heard a song like “Caraphernelia” one time and already know how the chorus goes.

They played the fastest song they’ve ever written, “Texas is Forever,” which made their already technical guitar parts more thrilling as we watched guitarist, Tony Perry,  concentrate even more than usual.

One of the best parts about seeing Pierce The Veil live is getting to hear the stories behind some of their songs. “The Divine Zero” is the first song of theirs that caught my interest before the release of Misadventures. It’s about the concept of growing up and how if you want to do something, then it shouldn’t be just a ‘when I grow up…’ phrase, if you want something badly enough you shouldn’t wait around for it.

They pulled a fan up on stage to be serenaded by singer, Vic Fuentes, for the beginning of “Bulletproof Love.” Even though they’re an extremely well-known band in this scene, they put forth an honest effort to make their shows feel intimate.

Halfway through their set, Pierce The Veil took things down a notch with an acoustic performance of “Kissing In Cars.” Vic said that the song was originally never going to be recorded and released for fans to hear because it was written for the marriage of some friends of bassist, Jaime Preciado. The groom gave the band a notebook full of secrets shared between him and his soon-to-be wife, so they could turn it into a special song for their wedding. “Kissing In Cars” ended up being released as a bonus track on the reissue of Selfish Machines in 2013. They paused in the middle of the song and Vic told everyone how great their singing was and then a fan yelled a compliment back at them which made the band really happy due to the fact that the crowd was so enthusiastic.

Vic said, ‘Let’s get rowdy,’ and Jaime, one of the most energetic bassists I’ve seen, proceeded to fling himself around on stage before they finished the end of the song. The next two songs, “Bulls In The Bronx” and “Stained Glass Eyes and Colorful Tears,” seemed to go by quickly, and before I knew it they were playing the last song before their encore.

“Hold On Till May” is another one of their most popular songs, and it also comes with a heartfelt story. Vic had a friend who told him that when she was growing up she felt like her parents neglected her, so she would go hide in nearby trees to see if they would notice that she wasn’t home. Vic’s lyricism is one of the many highlights of Pierce The Veil.

The band left the stage with their signature guitar throws to the stage crew and left the crowd begging for the encore. They came back out and finished the show with “Circles” and “King For A Day.”

Even though the show came to an end, the energy from it stayed with me for hours afterwards. That doesn’t tend to happen anymore since I go to so many shows, but Pierce The Veil did it, which is exactly why you shouldn’t miss out on seeing them live!

The ‘Made To Destroy’ tour continues in the US through mid-October, and then Pierce The Veil will be heading overseas. See all tour dates here. 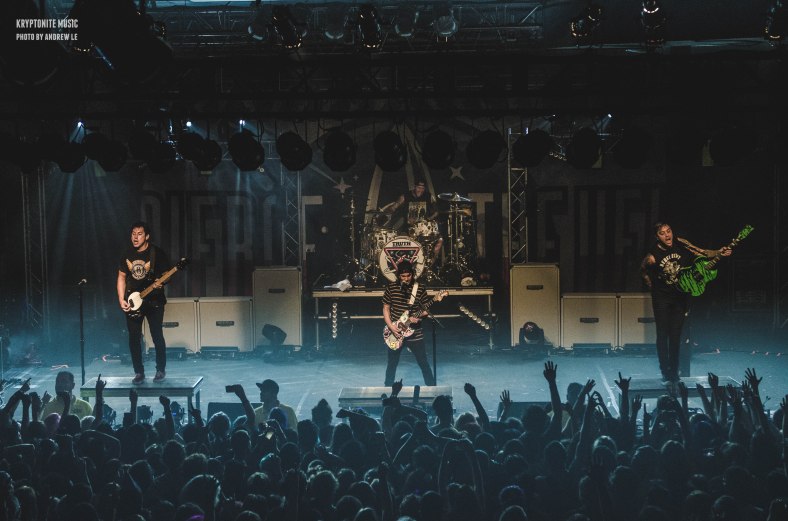 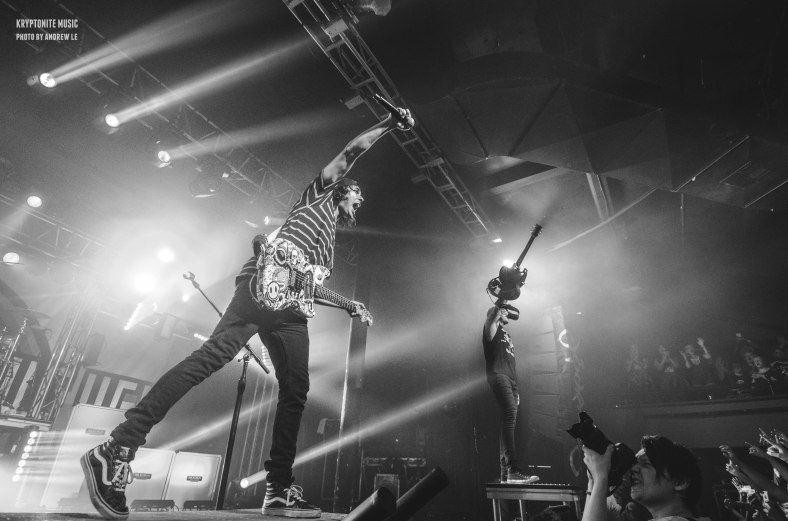 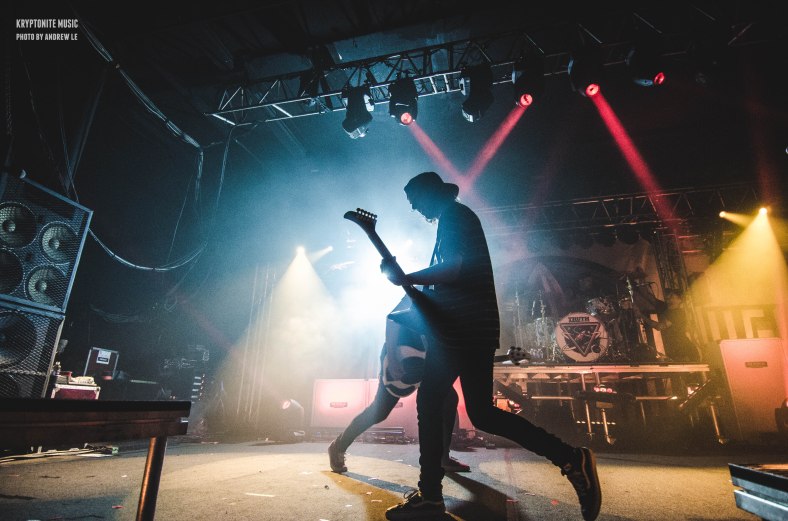 One thought on “Review: Pierce the Veil with Neck Deep & I Prevail”