William Control and the Neuromantic Boys graced the Cleveland Agora stage last night for their headlining Punishment Tour. Wil Francis, frontman of punk rock band Aiden, has released several records as William Control since creating the project back in 2008. You may think William Control’s latest record Neuromancer is reminiscent of Nine Inch Nails, Bauhaus, Kraftwerk, or Depeche Mode. Unlike Aiden, William Control’s sound is described as an electronic/dance/gothic take on classics like Frank Sinatra. The band greeted the audience last night with their impeccable style and commanding stage presence. Their dark aura and catchy dance beats captured the crowd immediately and their performance was both well executed and mature. In our recent interview with Wil, he mentioned going home later this year to record a new Aiden album. I cannot wait to see what the mingling of his two personas will produce. In the meantime, check out the rest of the interview here. 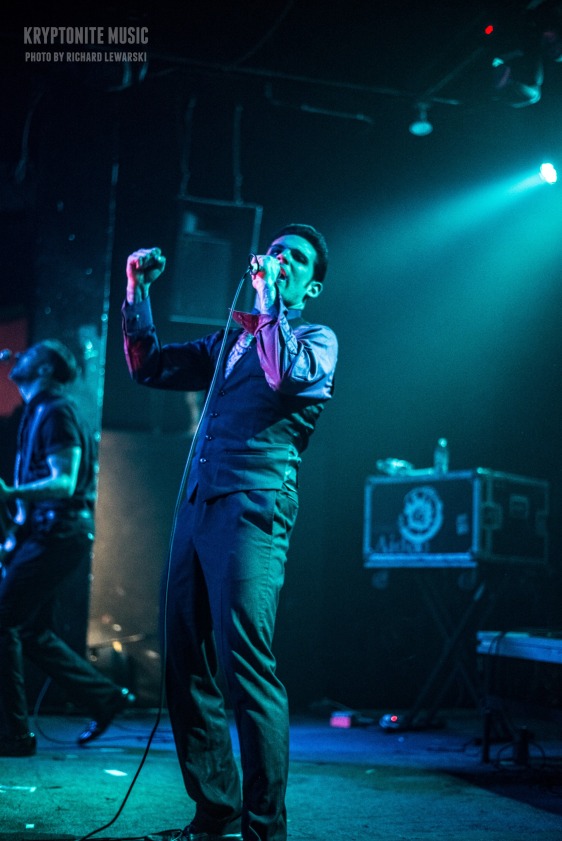 Justin Symbol is an unsigned Brooklyn-based electronic/metal artist who’s touring in support of his late 2014 release, V Ω I D H E A D. A black and red wardrobe, collar and leash, and “God Hates Symbol” sign are just a few things to expect to see during their performance. Despite the icicle microphone mishap, their set was simply engrossing. In our recent interview with Symbol, he shared that the band will begin writing their next record within the next few months titled G Ω D H E A D. Check out the rest of Justin’s interview here. 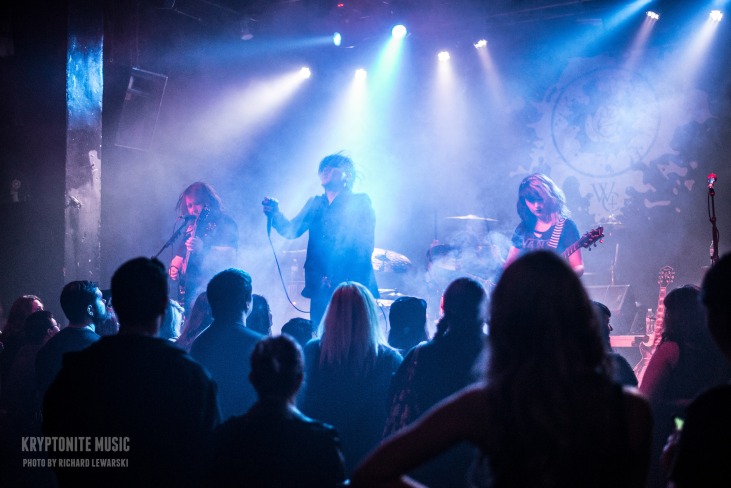