We got a chance to interview another local rock band, Welshly Arms, who played the House of Blues on Saturday night with The Moxies and Thaddeus Anna Greene. Reverberating vocals, rhythmic guitar and anthemic choruses can be found in their songs including “The Touch” and “Two Seconds Too Late.” Such qualities helped the band gain publicity and sell out their first headlined show at the Beachland Ballroom. On Saturday, frontman Sam Getz gave one of the most powerful and solid vocal performances that I’ve ever seen live. Their performance was definitely intense and impressive to say the least. They released a new single named “Dirty Work” this summer and an EP earlier this year consisting of 6 different covers which you can stream on their website. Check out the review for more information and read their fill in the blanks below. 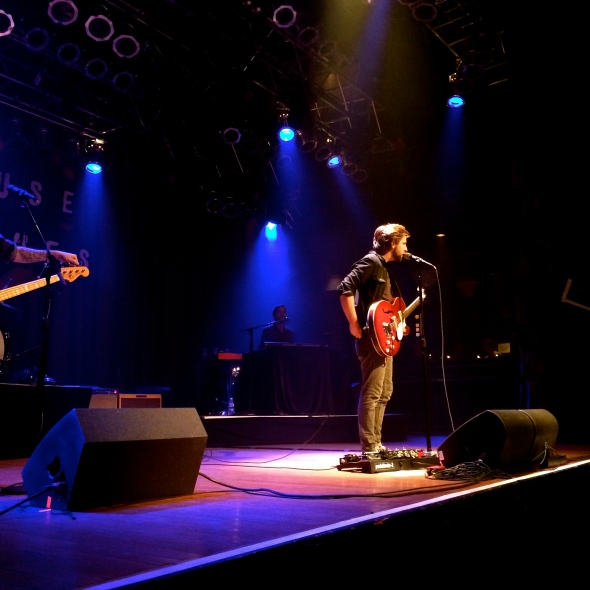 Our names are…. (name and band role)

The pickiest eater in the band is…. We all have our culinary quirks, not sure if anyone is worse than the other… However we all seem to have a low dairy threshold – SG

The most OCD member is…. That would have to be me. I’m a huge neat freak and definitely the Danny Tanner of the band… – MG

Before the band we were employed as…. Lots of things, but most recently:

We met each other….(how, when, where, etc.) Back in highschool Brett, Mike and I played together in church and Jimmy played in the band Cactus12 that Mike & I had in high school/College. There’s always been a strong musical chemistry between the 4 of us, and we came back to it years later as Welshly Arms! – SG

We knew we’d become a band when…. When we got together about two years ago in the summer for a backyard BBQ and jam session, it was like we had already been a band for years. – BL

The name Welshly Arms comes from…. If you were thinking SNL then you’d be correct – SG

Our sound is best described as…. I always say “Blues, Soul and Rock&Roll” – SG

One thing we want you to remember while listening to our music is…. We all had a ton of fun making it, and we hope you have a ton of fun listening. – JW

Our craziest or most memorable gig is…. I’d say it was when we played SxSW last year. Sam & Jimmy were already down there and me, Brett & a friend decided to drive down to Austin rather than fly to make the gig… Long story short. It was our first really big gig we had and it took a long time to get there…. 23 hours to be exact. – MG

The furthest we’ve ever traveled for a gig is…. We’ve flown to Los Angeles a couple times to play out west, but I believe the furthest we’ve driven together in the band van would be Washington DC this summer.
In 6 months you can expect…