Brede Baldwin is a 15-year-old singer songwriter from Chicago whose sound combines the genres of alternative, pop, and rock. He composes his own songs using the piano and bass and the first single from his 2014 EP Broadcast is titled “Collide.” It has an anthemic quality and is driven by a strong beat and haunting, reverberating lyrics. My favorite song on the record is “Alive” because of its energy. His influences obviously include artists such as Muse, Pearl Jam and some newer artists like the Naked and Famous or Youngblood Hawke. His music resounds within you and it’s hard not to find inspiration and emotion in his lyrics. He was more than happy to answer the following fill in the blanks for us. 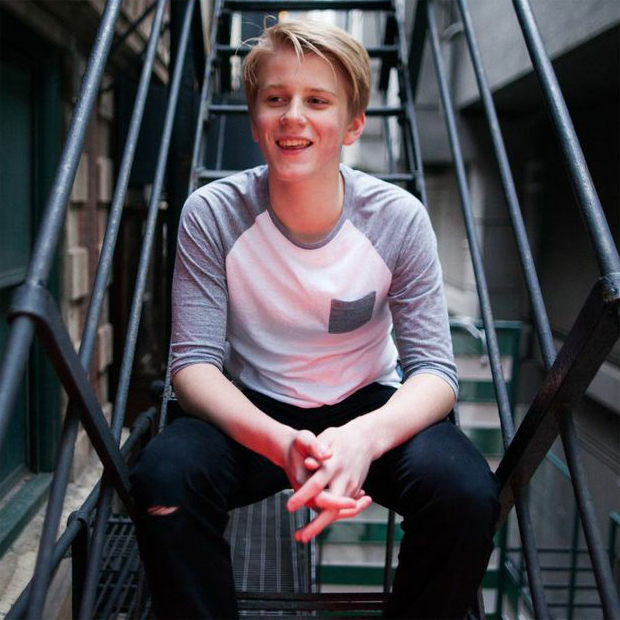 Three words I’d use to describe myself are….Loud, excited, active

For fun I like to….Play music, play sports, and hang out with friends

The first song I wrote was…. “Madness” which I wrote for a school project when I was 12. I recorded it in a small local studio and made Cd’s of it for my class but the song never left the school.

My favorite song of all time is…. “Jeremy” by Pearl Jam

The best thing about releasing Broadcast has been….The experience of meeting so many influential people and forming great relationships with people that inspire me to continue the journey as a musician.

One thing I want people to remember while listening to my music is….There is nothing you are supposed to feel. The music is supposed to trigger whatever emotion or relation that you want it to.

My last meal would be….Anytime you ask me I will say pizza.

My favorite words to live by are…. “Always look on the bright side.”

In the next six months you should expect….much, much, much more music!