Chinatown Security is proof that punk rock is alive and well.  Formed in 2012, Chinatown Security is a self-proclaimed “desert-rock” quintet from Chicago whose refreshingly original sound is reminiscent of 70s British punk rock.  Often compared to bands like Black Rebel Motorcycle Club and the Raconteurs, there is no doubt in my mind that Chinatown Security will show the world that good music still exists. 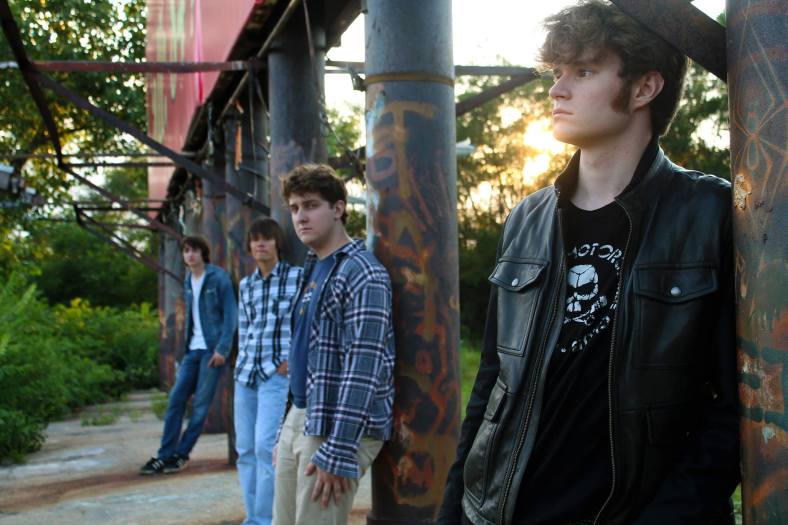 Having had the opportunity to listen to an advance of Chinatown Security’s sophomore EP, This Side of Paradise, I can safely say that you should all mark January 20th on your calendars as the day your music world will change for the the better.  This Side of Paradise features five tracks — “This Side of Paradise”, “Mercy”, “Come and Get It”, “Dig! the Radio”, and “I’ve Got a Thing For Pleasure” — each of which channels 70s British punk with a side of indie and blues.  Essentially, what I’m trying to say is that Chinatown Security’s sound is unlike any music that is being produced today.

The band has two tracks from their EP out now — “This Side of Paradise” and “Mercy”.  Both songs are outstanding — I’ve been listening to them for the past hour on repeat because each time I listen, I notice something new.  At first I was mesmerized by the lead vocalist’s unique sound, then I was taken with the guitar riffs followed by the my fascination with their lyrics.  “This Side of Paradise” features a faster beat than “Mercy” while “Mercy” makes a point to showcase the band’s superb guitarists through their riffs that are reminiscent of Led Zeppelin’s “Whole Lotta Love”.  Both tracks are outstanding and completely different from each other and the other three songs that make up their EP, This Side of Paradise.

Make sure to listen to Chinatown Security’s entire EP here since they will shortly be winning Grammy’s, touring the world, and reacquainting the world with genuine punk music.