Tonight a bunch of people gathered at the Agora to see some of Cleveland’s finest bands perform at the third ever Unite CLE. Three years ago, JC Koszewski had been booking bands in Cleveland for over a decade and wanted to create a festival that featured our city’s underground music. The first festival was several days long and not as successful as he’d hoped but cancelling Unite CLE II was never an option. This year’s lineup included The Moxies and Teddy Boys with Midnight Passenger, the Erienauts, Newshoes, Vanity Crash, Survivor Girl, Drowning in Amnesty and Hobo Stew.

LET’S NOT FORGET AGELESS MALES WHOSE BUTTS CAN BE SEEN IN THE FIRST TWO PICTURES BELOW. 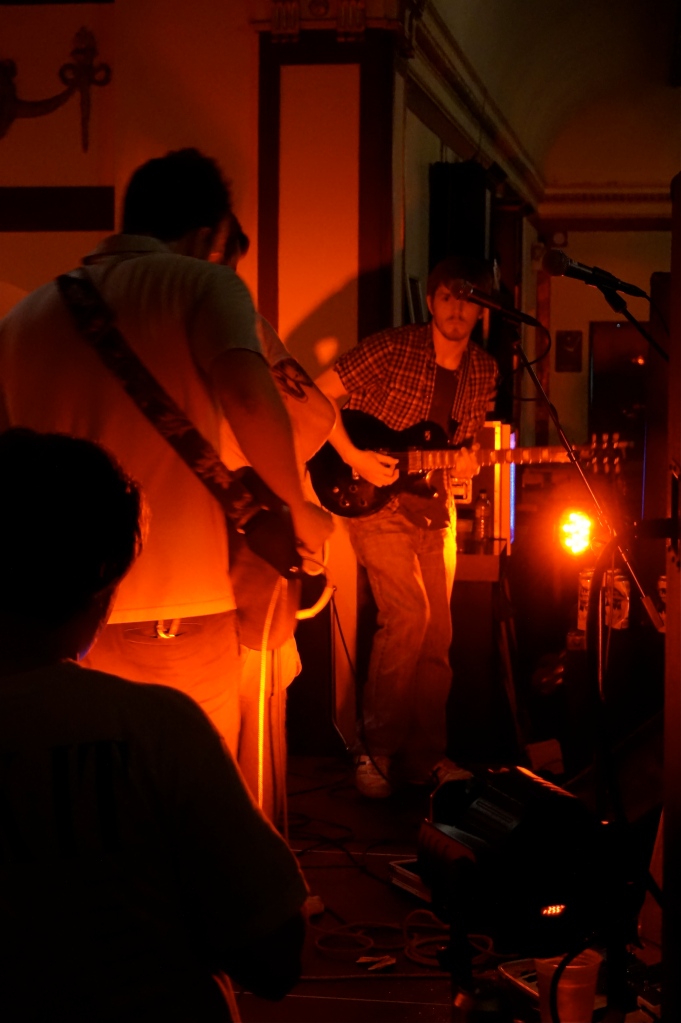 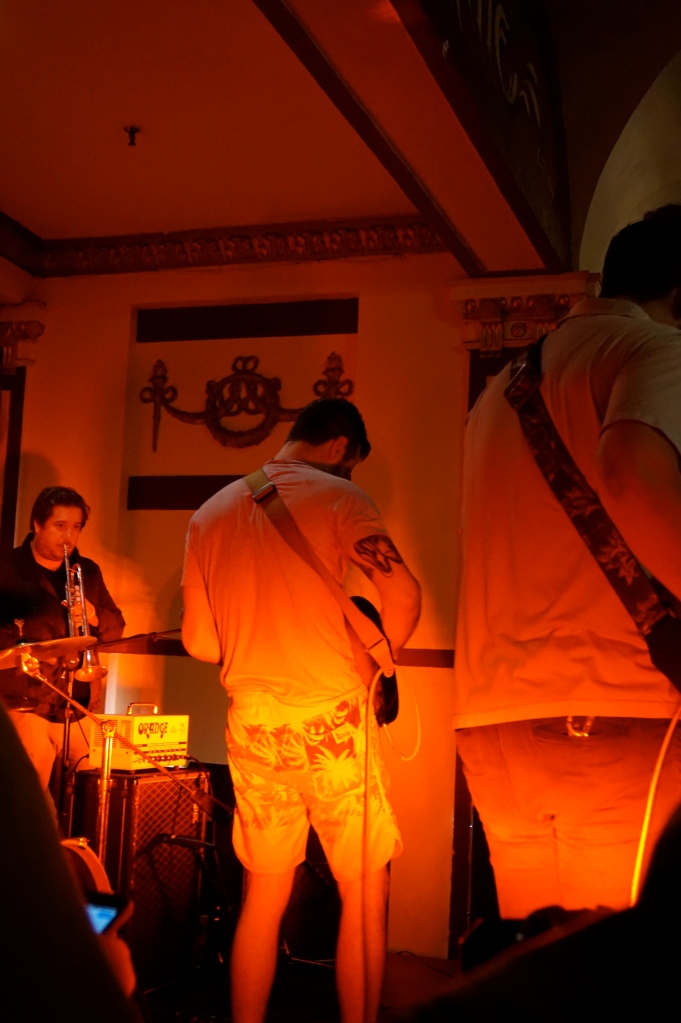 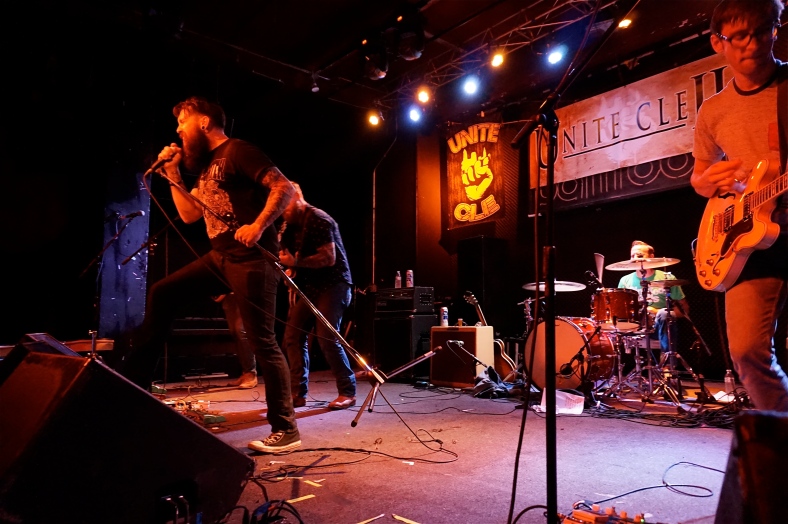 The Teddy Boys’ set was a party from start to finish. Their head-banging rock n’ roll and enthusiasm sent the energy through the roof. This 6-piece band started in 2012 and released their first album, Social Club, in 2013. Together they have fun and find inspiration by spending time with friends, having backyard parties, listening to music, and of course laughing. Their passion for music is transparent when they perform. They danced and stomped, barefoot, through the entire set, mesmerizing the crowd. The Teddy Boys’ music features Matt Pietrick’s gritty vocals and Stefanie Chips’ haunting tone. This quality is apparent in “Mummy” and “River” from their album Social Club. Keep an eye out for their newly completed EP. 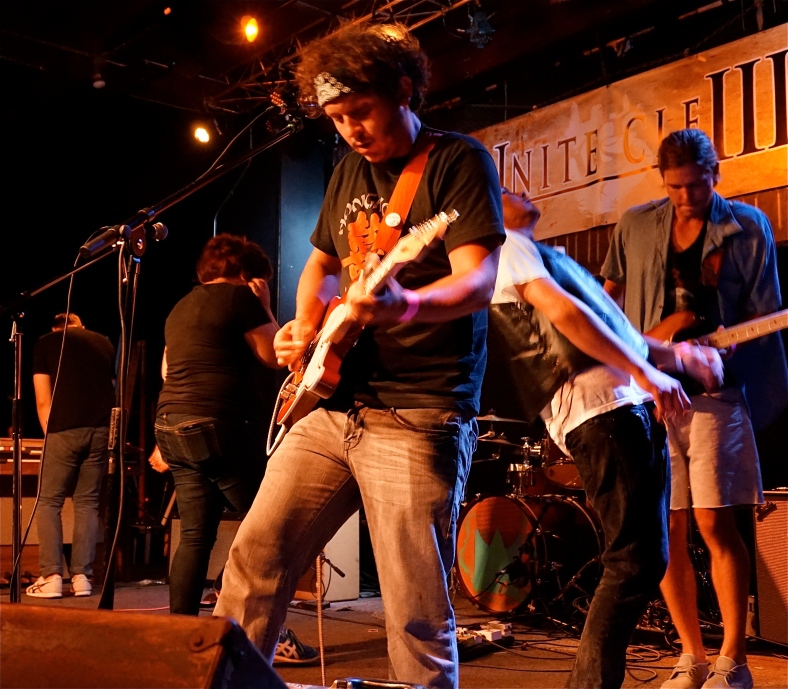 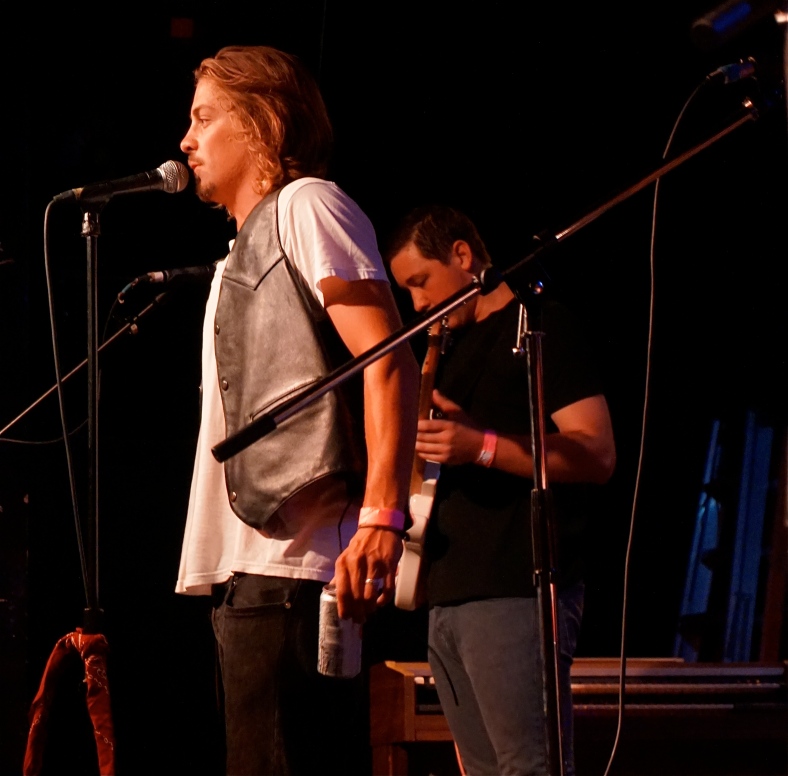 The Moxies were the last to perform and we were lucky enough to sit down with them at their last Agora show in late June. Marco, Kevin and Tyler are all inspired by different styles of music. Old surf music, soul, and punk all lie beneath the surface of The Moxies and their own genuine sound. They find inspiration in things such as laser beams, tail fins, razor blades, lipstick, lightning storms, and dirt. Musically, they are influenced by a variety of artists such as The Rolling Stones, Johnny Cash, Jack White and Cage the Elephant. When it’s all pieced together, you get “rockabilly garage rock and gritty blues.” Yes, they’ve written quite a few love songs but claim that’s going to change. They strive for heartfelt lyrics that we can grasp onto and songs we’ll remember years from now. Cleveland is definitely loving the edge and funk they bring to the stage. Their next Cleveland show is on August 23rd at the House of Blues.

Check out our first interview with The Moxies here : https://kryptonitemusic.com/2014/06/22/the-moxies/ 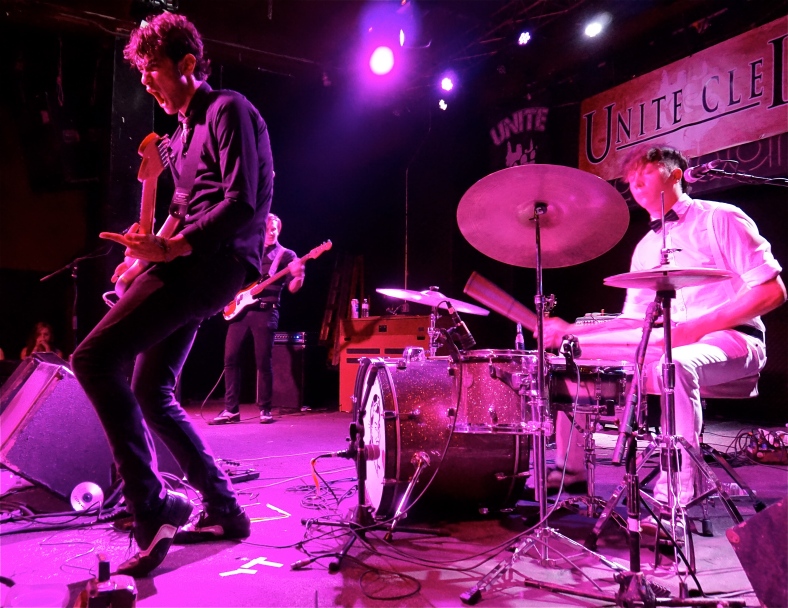 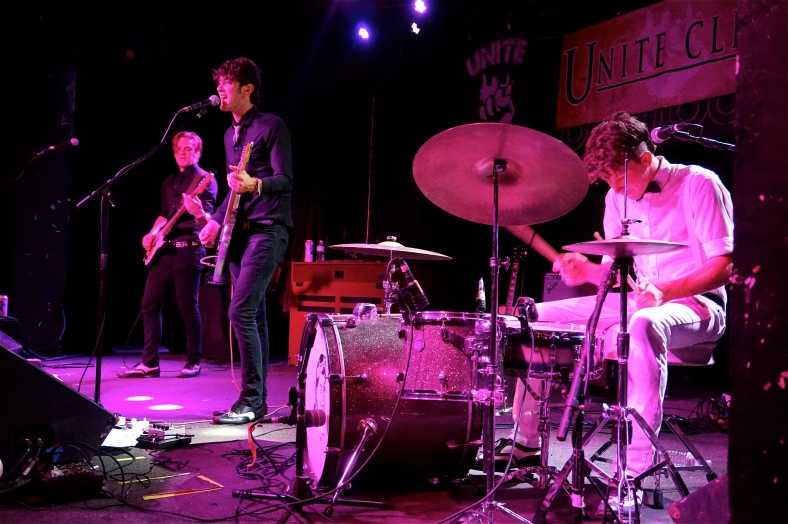 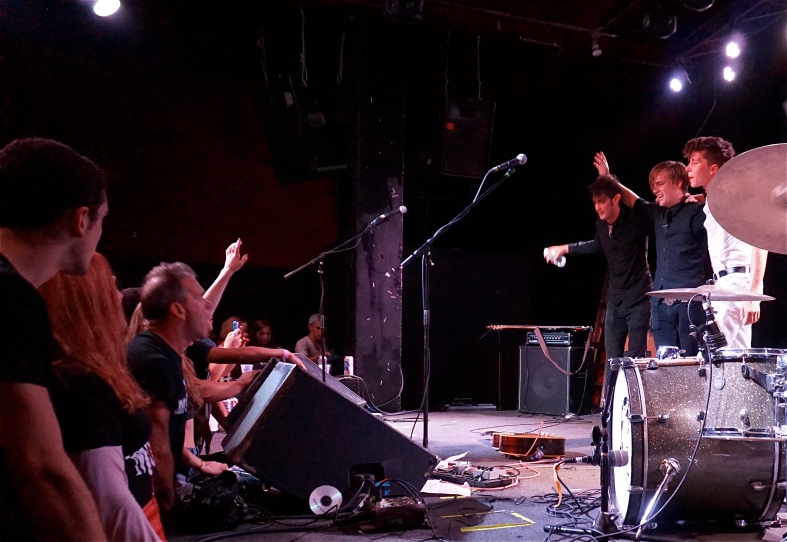